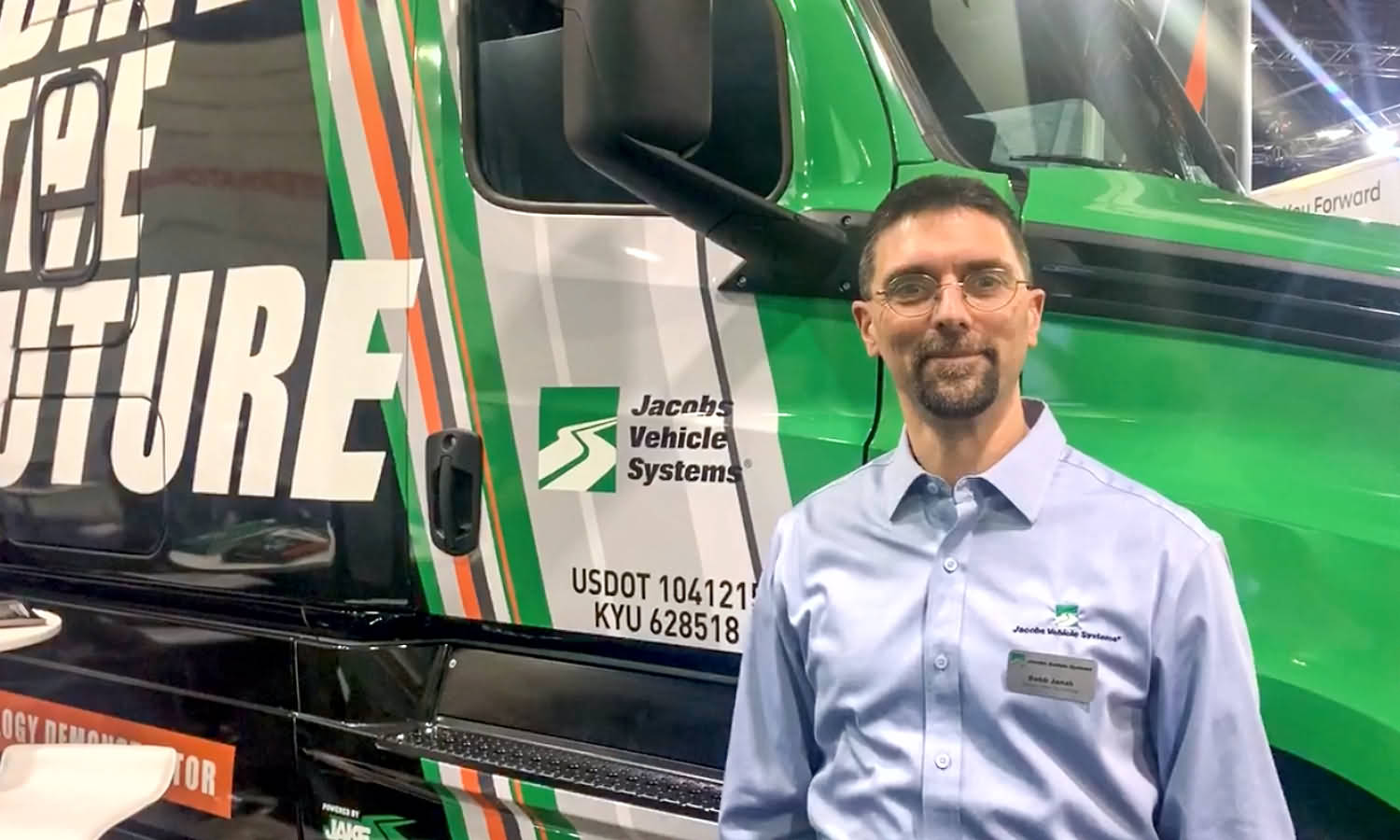 BLOOMFIELD, CT, USA – The Cylinder Deactivation technology (CDA) from Jacobs Vehicle Systems® has delivered a host of performance-enhancing benefits in recent independent validation tests carried out on next-generation diesel engines currently under development. These next-generation engines are being designed to meet the upcoming round of new U.S. Environmental Protection Agency’s (EPA) Phase 2 Greenhouse Gas Emissions (GHG) standards slated to go into effect for heavy duty diesel engines manufactured from 2021 through 2027.

Jacobs is a global manufacturer of diesel and natural gas retarding systems and valve actuation mechanisms.  Currently, Jacobs is involved in numerous CDA development and demonstration projects on commercial vehicle powertrains around the world.

Independent engine tests were conducted last year with Jacobs on a Navistar engine1, and more recently, additional tests were conducted by Cummins Engine Company, working with Tula Technology2, a California based company that specializes in combustion control and software technology, using Jacobs’ Cylinder Deactivation hardware. These tests have confirmed that Jacobs’ CDA engine systems can deliver better fuel economy while keeping diesel exhaust aftertreatment systems operating at optimal temperatures, which supports the reduction of nitrogen oxide (NOx) and CO2 emissions sought by the EPA GHG Phase 2 requirements, along with the future proposed goals within the CARB HD Omnibus and the EPA Clean Trucks Initiative.

“Jacobs’ CDA features a hydraulically-activated mechanism integrated into a collapsing valve bridge system for overhead camshaft engines, or with a collapsing pushrod system for cam-in-block engines,” said Robb Janak, director new technologies for Jacobs. “When this is combined with disabled injection in selected cylinders, any combination of cylinders can be deactivated as needed. Jacobs’ CDA can be used to shut down engine cylinders at highway cruising speeds, or very low engine loads to improve fuel economy and still keep exhaust aftertreatment systems hot and operating at optimal temperatures to limit NOx emissions.”

In these recent tests presented at the Vienna Symposium, Tula, working with Cummins, demonstrated that Jacobs’ CDA hardware combined with Tula’s Dynamic Skip Fire (DSF) algorithm improved the control of these thermal management modes to simultaneously maximize exhaust temperatures and CO2 reductions. Testing was completed with steady-state mapping to assess the relationship between firing fraction and performance, and emissions parameters of the combustion events to optimize the use of CDA. “At 1000 RPM, diesel DSF shows an increase in exhaust temperature of nearly 100⁰ C while still improving fuel consumption by 25%”2, as stated in the paper, along with similar improvements at other operating conditions.

Various test cycles were also evaluated through simulation, including the FTP (Federal Test Procedure) and the Low Load Candidate 7 (LLC7), which is the procedure planned to be introduced in conjunction with the new CARB regulations to measure and manage emissions during low load operation.  When using DSF and CDA in these simulations, NOx was found to be reduced by 45% and CO2 improved 1.5% over the baseline in the FTP Hot cycle. During the LLC7 cycle, NOx was reduced 66% and CO2 saw a reduction of 3.7% using DSF over the baseline engine2. In comparison, the Navistar engine test results published earlier demonstrate an 8% reduction in NOx and a 6% reduction in CO2 over the FTP cycle, and a 77% reduction in NOx and a 12% reduction in CO2 over the LLC7 test cycle using fixed, 3-cylinder deactivation1.

The Navistar tests were conducted on a 13L Navistar engine equipped with CDA and were performed by an internationally known third-party laboratory and funded by the EPA. The announcement of their test results was made in Atlanta during the Annual Meeting of the American Trucking Associations' Technology & Maintenance Council in February.

Tula and Cummins intend to continue testing and optimizing this DSF-enabled system and will validate the NOx and CO2 benefits through the various engine test cycles and truck testing.

“The Jacobs’ CDA system has been developed over the past ten years and was specifically designed for the heavy duty trucking market,” added Janak. “The valve bridge in the CDA system is an integral component to our High Power Density (HPD) system. Jacobs has demonstrated both HPD and CDA systems that utilize our unique deactivation mechanism on more than 15 different heavy duty engine platforms and eight different road test trucks. We believe these systems are ready for the market and we are excited with how technologies such as these will improve drivability, emissions and fuel economy.”

Jacobs Vehicle Systems is headquartered in Bloomfield, Conn., where it has a 25,000 square meter design, testing, and manufacturing facility, with support sites in Europe, Japan, and India as well as manufacturing facilities in Suzhou, China, and Brno, Czech Republic. Jake Brake® products are used by heavy and medium-duty diesel engine manufacturers globally. Registered to the ISO 14001 and IATF16949 standards, Jacobs Vehicle Systems is a leading producer of vehicle retarding and valve actuation technologies and can be found at jakebrake.com